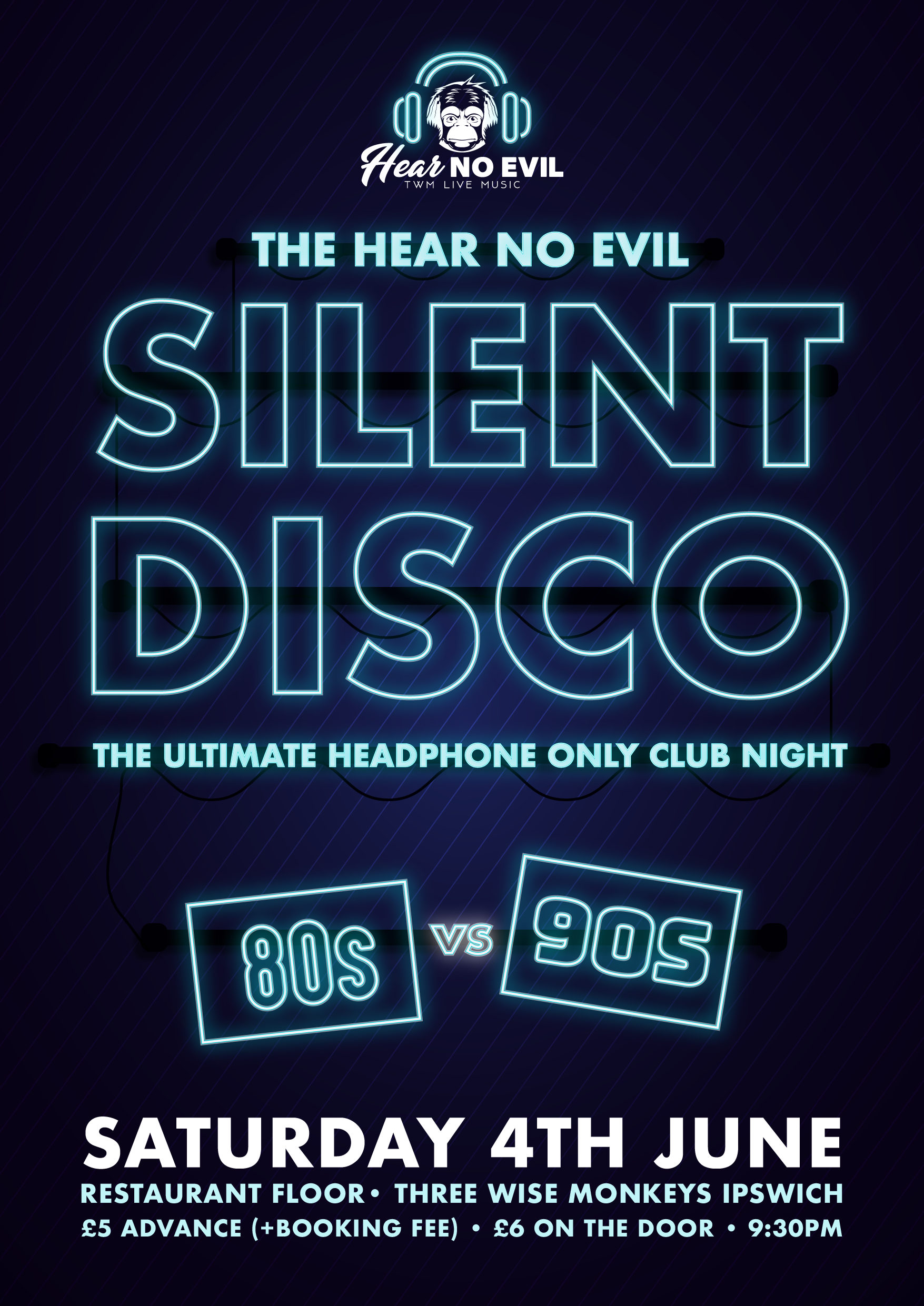 Back to all events

2 DJs to go head-to-head (one playing solely 80s anthems and one playing 90s bangers) for the ultimate headphone-only club night on our top floor!

How does it work?

On entry you’ll receive a pair of headphones and a choice between two DJs as they battle it out on separate wavelengths from 9pm until late.

You can flick between the two as often as you wish depending on what tunes are getting you moving at that moment in time! All genres from the 80s and 90s will be catered for as our Silent Disco battle it out it for the right to win your ear.

Over 18s only.
Strictly limited capacity.

Access – There is no lift to access the restaurant floor of Three Wise Monkeys. There are two hand-railed flights of stairs to reach the floor with rest opportunities between each flight.